It is the first impression at the front of Trieste Giani Stuparich who writes in his notebook his war experience of the year 1915.

Words are just as poignant and deep in the memories and in the letters that the soldiers in gray-green of Valnerina and Spoleto sent from the front to their families, mothers, wives, children to describe the everyday life that we lived during the World War, a global conflict that changed the lives of millions of people and the future of Europe and the world.

A heritage of popular writing, of unpublished photographs, memorabilia, memories of family that, on the centenary of the Great War, the consortium BIM of Cascia (Bacino Imbrifero Montano del ‘Nera e Velino’ in provincia di Perugia) intends to release from oblivion and enhance by a project that will help you remember and remember who we are and what sufferings are based our independence, our freedom and our prosperity.

For Egildo Spada, President of Consorzio BIM-Cascia, the centenary of the First World War is a great opportunity to rediscover through the evidence left by our grandparents and great-grandparents the history of the area but also to enable research on the soldiers who were the protagonists of that ‘ terrible conflict. Valnerina and Spoleto in 1063 soldiers did not return: they are remembered one by one into the cold marble monuments arose immediately after the conflict in order to metabolize the largest collective mourning. The project’s BIM-Cascia wants to give back to those names a story, want to rebuild the dignity of men reassembling for everyone, through a painstaking historical research, a personal data file that will be enriched with the materials taken from official archives and made available by families, collectors and associations. No coincidence that this project has already obtained the support of cultural associations, many schools and even dell’Österreichisches Schwarzes Kreuz, the Black Cross of Austria, the association that collaborates with the Austrian Ministry of Defence in order to maintain alive the memory of the fallen soldiers in the world wars. A meaningful uptake that shows how the project is willing to open himself to contributions that will come from other parts of Italy and Europe.

«Our goal – said the President Egildo Spada – is not only to protect the vestiges of the Great War but also create a virtual archive that collects the memory of this part of Umbria, but far from the front, however, touched in the depths of those events who no longer have witnesses. The archive is developing over time with the help of citizens, families, historians, schools and especially the younger generation; it will be freely accessible and will be a useful support to stimulate the historical memory but also to bring new light on the need for coexistence between the peoples of Europe. All the collected material, documents, educational activities, publications, the family memories will converge on the site “Do not forget … The Great War in the Valnerina and Spoleto” which will be triggered by the summer 2015».

At the same time, it is planned to launch the census and, if necessary, restoration of monuments, headstones, tombstones, parks and avenues of Remembrance related to the Great War in all municipalities and in many villages of the Valnerina and the Spoleto. These remains, in fact, while preserving the memory of a people and the memory of an era, yet convey a message of peace and brotherhood. Protect and enhance these remains – although without the excellence of the true cultural heritage – means safeguarding evidence constitutive of collective identity and heritage of the local society.

The project consortium BIM, launched in 2014, already has a full calendar of events: in Cascia, last November, the presentation of the book “L’irto sentiero ovvero le mie memorie” of the gunner Giuseppe Capoccetti – edited by Rita Chiaverini and Egildo Spada – took part Franco Marini, president of the Committee for the celebrations of national interest that has encouraged us to move forward in order to expand the knowledge of an event that must not shelve the past but, on the contrary, it must be a warning to spread a culture of peace and a tireless daily efforts aimed at overcoming distrust and injustice and to keep away from our communities the spectrum of conflict. Also very interesting meetings with students of institute of Norcia and Cascia, or classes at the university of the third age which allowed the BIM to acquire considerable material that will be placed at the site and, in the coming years through traveling exhibitions, it will be presented in the various municipalities of the Valnerina and in the territory of Spoleto. As for publishing events, the next meeting is scheduled in Cerreto di Spoleto, next November, where it will be presented the book edited by Rita Chiaverini “Mia cara mamma ti bacio forte forte e ti chiedo la Santa Benedizione” containing the letters of Alessandro De Nobili, telegrapher eighteen year old missing on Mount Grappa in July 1918.

To confirm the value of the project’s BIM is the recent granting of the official logo of the centenary of the First World War that the Presidency of the Council of Ministers – Mission Structure for anniversaries of national interest – granted to the consortium for its Umbrian cultural initiatives closely linked to the commemoration of the Great War, which the project falls within the national program of the commemorations of national interest. 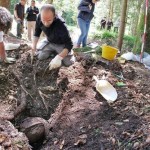 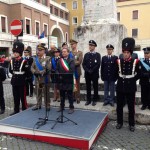 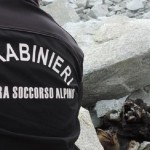 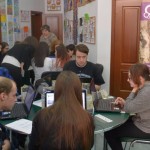 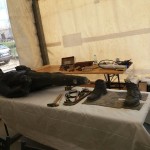