«Italy entered in the First World War on May 24, 1915 with the declaration of war on Austria-Hungary. Europe was burning a little less than a year. <The darkest tragedy of human folly> (as Benedict XV in December 1916) was started on 29 July 1914, a month by the assassination in Sarajevo of Archduke and heir to the throne of Austro-Hungarian Franz Ferdinand.

From just under 50 years, Europe prospered as never before in its journey through history: economic development, technological innovation, rapid improvement of living standards of the urban proletariat and rural, large space to culture and new artistic events such as the cinema. One that broke out in 1914 is not the war of the past, limited in time, in space, in the participation of men in the use of resources: the modern war, the total war, the Great War in fact, that destroys everything, overwhelms, deforms.

<We have built our bells on a crater that we believed extinct> said later the Austrian writer Karl Kraus. Rulers and staffs of all the belligerent nations shared the same certitude, turned out to the most appalling errors: thanks to technical advances, the war would be quick, a matter of a few weeks and a few thousand of the fallen.

Instead the weeks became months, fifty, and fallen million, sixteen, between soldiers and civilians. Become the terrifying trench warfare, terrifying, inhuman. Before the end of 1914 the western front had already claimed one million lives. On the old continent, in August of 1914, darkness falls. Often, in the history books, is an expression pronounced by the British Foreign Minister Edward Grey in the early days of the conflict, <The light is fading in Europe and do not see each other again on again in our lifetime>.

And what about Italy. Upon entry into the war, the kingdom of Italy is the youngest nation among those involved. In 1911 it celebrated the 50th anniversary of the unification. In just over 50 years, the new state has made exceptional progress. Benedetto Croce in his “History of Italy from 1871 to 1925” writes that no other European country, in the period from the last decade of the nineteenth century to 1914, it met an advancing so rapid as extended.

But Italy is still a very young state whose “national” systems are far from the running of the other belligerents. The war 1915-1918 is the first great collective experience of the Italians. Men enlisted in the army between 1915 and 1918 were 5.9 million, a sixth of the population. In 1911 families surveyed was 7.7 million (4.6 persons per family): imagining that recruited is evenly distributed, we can deduce that from 4/5 of a man, they departed for the front: in short, the war entered in each Italian house of northern, central, southern and islands. Historian Antonio Gibelli observes: <The war had been a crash course in the nation and forced framing>.

Anniversaries are a unique opportunity. If only we entrust to them the mission to revive history and events far away in time without striving to read, them with the freedom that often only the distance then it ensures we empty the deeper meaning and give reason to those who think that anniversaries are a tribute that makes the past to set it aside.

No, the past shouldn’t be set aside because it is a valuable resource available to men. Our intelligence is put to good use. The Great War was the first global event of the contemporary age. First because, at the beginning of the last century, said “Europe” was tantamount to saying “World”. Then because there was no man’s act land that has not been sucked in the <apocalypse of modernity>: industry, finance, science, culture, medicine, state size, geopolitical, information, education.

When the conflict ended, with good reason Stefan Zweig speaking of the years before 1914, can describe them as <the world of yesterday>. It was, therefore, a break in the history of mankind. A break not healed as evidenced by the new world war broke out after just two decades.

After 1918 the world had another face. And Italy is no exception. The country that in November 1918 hear the proclamation of the victory of Marshal Diaz, was no longer than three years ago, almost exactly a century ago, it sent its soldiers to cross the Piave <calm and placid> against the empire of two eagles.

The historical and scientific committee of the anniversaries of national interest it has been working for about two years on the anniversary of the Great War. The program that we imagined and we are building for, wants to bring to mind that context, with the tragic consequences and the extraordinary evidence of generosity that characterized, with victories and defeats – not only military – that marked the path, with illusions and delusions that mobilized the national sentiment, but above all as a great opportunity for collective thinking.

On the other hand, the experience of President of the European historical science, that is taking me to travel the country far and wide, let’s me say that the memory of the Great War resists from north to south, in big cities and in small towns.

I insist on the verb “to know”: I often use an expression in public meetings, “to know the war, to love peace”. I think that we have a duty: to broaden knowledge about the events, reasons and decisions that sparked the conflict, on the mistakes they made, the blindness of the ruling classes; we need to spread this knowledge, so that it can be understand that there is always an alternative to war, and this carries the name of peace». 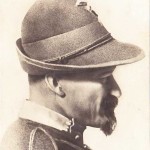 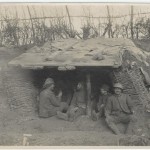 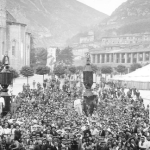 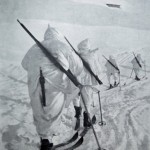